Atlanta in the New South

By Akila McConnell February 4, 2019 No Comments

It’s hard to imagine football season not happening here in Georgia, a state that with one of the country’s largest football stadiums, not to mention heated rivalries between the Georgia Tech and University of Georgia football teams.

But, did you know that, in Georgia, over 100 years ago, the state almost abolished football altogether? On October 30, 1897, the University of Georgia team faced the University of Virginia players at now-long-forgotten Brisbane Park in Atlanta. The game was in full swing and fullback Richard Albade Von Gammon reached for a tackle but missed it and ended up at the bottom of a huge pile up of other players. When the players cleared, 17-year-old Von Gammon was still and laying on the ground. 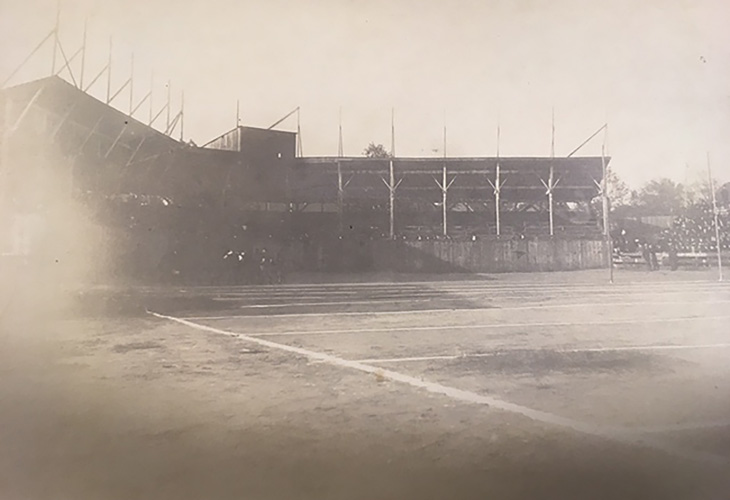 He was given some morphine and then his coach said to him, “Von, you are not going to give up are you?” Von said, “No, Bill, I’ve got too much Georgia grit for that.” Those were his very last words. Von Gammon was rushed to Grady Hospital where he passed away. 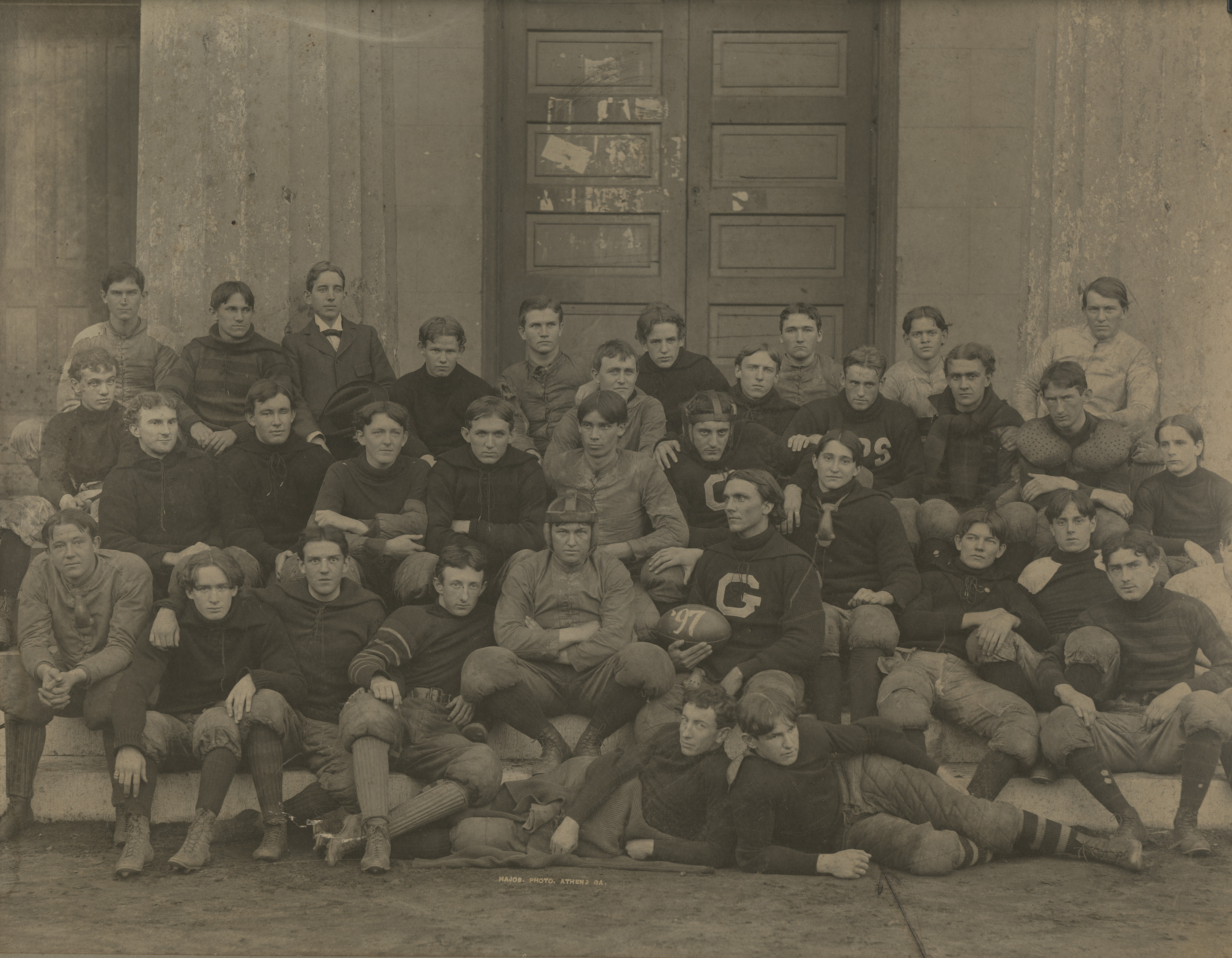 The state was in an uproar with the unfortunate death of this fine young man in front of thousands of spectators, and the Atlanta Constitution reported that Georgia legislators were “bent on abolishing the game.” The University of Georgia team promptly disbanded after his death. Many argued that football was as “bad as prize fighting” and too “brutal.” Most argued that the game was simply a “rush and scramble” and a few argued that the game should be made more “gentle” with a “scientific method.” The Governor’s wife was, in particular, strongly opposed to the sport, saying that it was too brutal, especially as she had a young 10 year old who loved playing football.

Within a month, the new bill passed both chambers of the state legislature, making it a misdemeanor for any child or adult to play football. 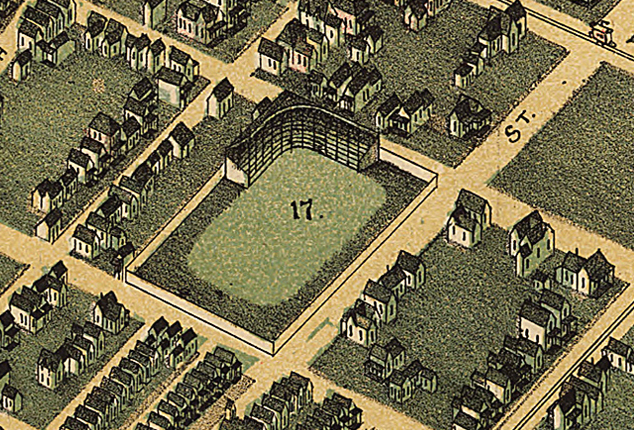 Location of Brisbane Park on 1892 map

A very unlikely person actually saved Georgia football. The bill was on Governor Atkinson’s desk, ready to be signed, when the Governor heard of a letter written by Von Gammon’s mother, Rosalind Burns Gammon. Mrs. Gammon wrote to the Governor, pleading for the continuation of football, saying,

[Von Gammon’s] love for his college and his interest in all manly sports, without which he deemed the highest type of manhood impossible, is well known by his classmates and friends, and it would be inexpressibly sad to have the cause he held so dear injured by his sacrifice. Grant me the right to request that my boy’s death should not be used to defeat the most cherished object of his life.

Governor Atkinson vetoed the bill, meaning that football continued on, though safety measures and more rules regarding penalties were put in place over time. And, today, football is an essential part of our state.

If you want an amazing view of Atlanta’s brand new Mercedes Benz Dome, a far cry from the tiny Brisbane Park at which Von Gammon played, try Atlanta Food Walks’ Downtown Southern Food Walk, where we get one of the best views of the dome.

Images and links for more reading:

Links to numerous newspaper articles regarding the event: https://www.ajc.com/blog/news/118-years-ago-georgia-football-almost-died/pqFbThPw6lLkGa6nZOE93O/

Christopher C. Meyers, “‘Unrelenting War on Football’: The Death of Richard Von Gammon and the Attempt to Ban Football in Georgia,” The Georgia Historical Quarterly, Vol. 93, No. 4 (Winter 2009), available at: https://www.jstor.org/stable/27809140?seq=1

or call for more info:

Looking for a great gift idea?

Thank you. We do not forget you and all you have d

Curry Up Now in Decatur has an awesome patio and d

We honor Black history every day with our King His

The weather is gorgeous out so get outside and enj

Eat your way through Atlanta with our sister company… View website